Aaron Marcus (1943 – ) is internationally recognized as an authority on the design of human-computer interfaces and electronic publishing documents. In 1967, Marcus became the first graphic designer in the world to work full-time with computer graphics as a summer researcher at AT&T’s Bell Laboratories in New Jersey. He focused on the user interface as a major factor in implementing the user experience with computer-based products and services. By 1969, Marcus had become a computer graphics researcher and groundbreaking user-interface designer. In 1971 – 1973, he was the first professional designer to design virtual realities at Princeton University, using an Evans and Sutherland LDS-1 computer graphics system.

For about a decade, Marcus taught courses on computer graphics, design/visual communication, systematic design, information visualization, typography, and more at Princeton University. Marcus was the first professional designer to program virtual reality art/design spaces during his time as a faculty member at Princeton. Aaron Marcus’s design/art works are in the collections of the San Francisco Museum of Modern Art, the Victoria and Albert Museum/London, the Letterform Archive/San Francisco, the Computer History Museum/Mountain View, the RIT Vignelli Center for Graphic Design/Rochester, and the Berkeley Art Museum.

Marcus founded Aaron Marcus and Associates (AM+A), a user-interface design and consulting company, in 1982. It was one of the first such independent, computer-based graphic design firms in the world. As the current Principal Designer/Analyst at AM+A, Marcus and his team design user interfaces, electronic publishing documents, multimedia, and information displays. Since 1989, Marcus shifted his focus to mobile devices, the Web, cross-cultural communication, and promoting good user-interface and information visualization design. The Association for Computing Machinery (ACM) Special Interest Group for Computer-Human Interaction (SIGCHI) elected Aaron Marcus to the CHI Academy, its highest honor, in 2009. Marcus was the first professional designer elected to this group.

“Aaron Marcus is one of my closest professional friends going back to the days when I learned a lot from his two-day graphic design tutorial, which was part of a week-long mid-1980s course I organized at the University of Maryland. Aaron’s frameworks and thousands of slides with examples of fonts, color palettes, aspect ratios, grids, and much more opened my eyes and changed my mind.  We’ve shared family stories, enjoyed dinners together, and talked at length, whenever and wherever we could.  When I needed help with design ideas, Aaron was often the person I turned to – he still is.”  – Ben Shneiderman 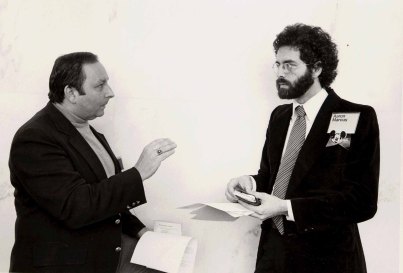 Marcus at the ACM CHI Conference on Human Factors in Computer Systems in Gaithersburg, MD in March 1982.

Marcus with Fran Frome at the ACM CHI Conference on Human Factors in Computing Systems in Boston, MA in April 1986. 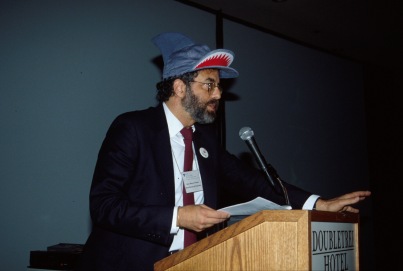 Marcus speaks at the ACM CHI Conference on Human Factors in Computing Systems in Monterey, CA in 1992.

Marcus at the HCI International Conference in Crete, Greece in June 2003. 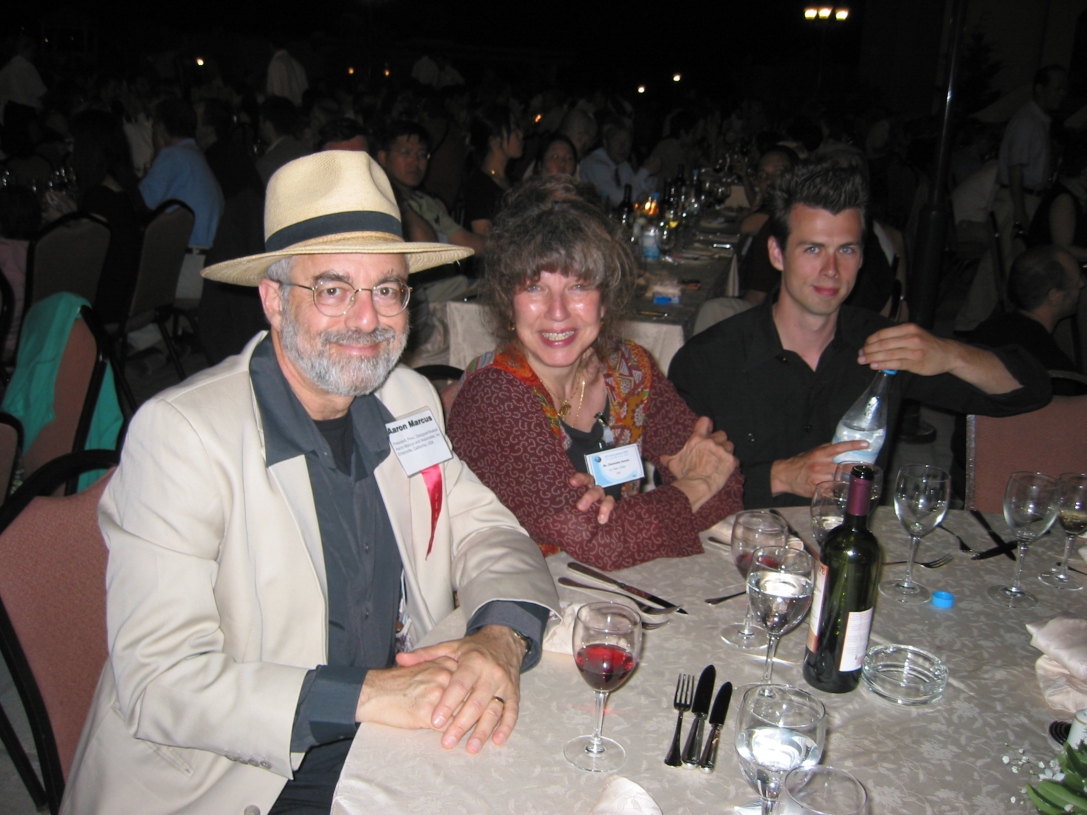 Marcus at the HCI International Conference in Crete, Greece in June 2003.