Clarisse de Souza is the developer of Semiotic Engineering – widely regarded as the first comprehensive theory of semiotics in HCI – a metacommunications theory in which the designers and the users take part in a conversation about the user’s needs through the medium of the computer. The goal is to help the designer achieve a better system by guiding the user to describe not only the choices being made, but the reasons why. De Souza has published three books on the subject.

Throughout her career, de Souza has been instrumental in helping to build the HCI community in Brazil, including supervising many budding scholars in the field. Her continuing research is focused on how to express qualitative information, such as beliefs and cultural values, both to and through computers. She was elected to the ACM CHI Academy in 2013.

“Clarisse worked for decades to teach a younger generation of Brazilian students, turning out doctoral students who spread out around Brazilian universities, helping to make Brazil a leading country in HCI research.  Her creative approach of applying semiotics to HCI design broadened our field and opened up new avenues for design thinking.  One of the great things about Brazilian researchers is that they know how to party and enjoy life.” – Ben Shneiderman

De Souza and Jenny Preece at the ACM CHI Conference on Human Factors in Computing Systems in Minneapolis, MN on April 21, 2002. 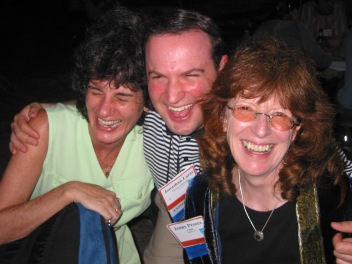 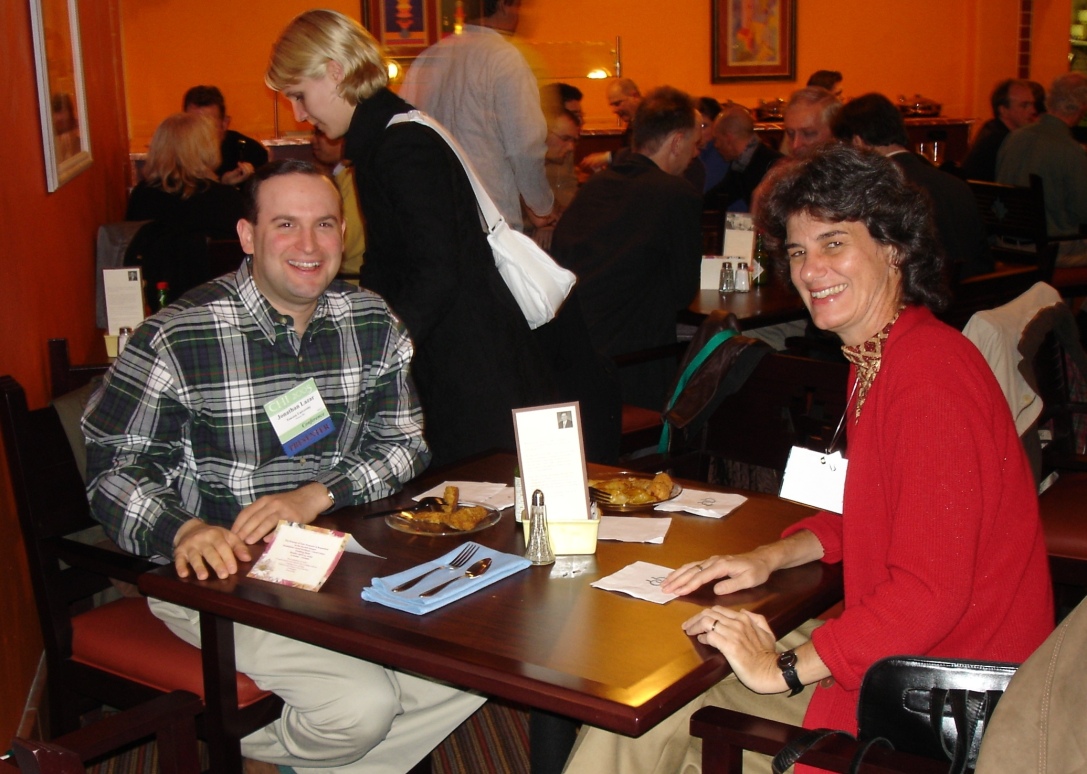 De Souza and Johnathan Lazar at the ACM CHI Conference on Human Factors in Computing Systems in Portland, OR on April 5, 2005.