John M. “Jack” Carroll is widely regarded as one of the founding fathers of human-computer interaction, having published some of the earliest scholarship on the subject that in turn established HCI as a distinct sub-discipline of computer science.

Carroll is perhaps best known for being the father of the minimalist school of computer instruction design. Minimalist theory embraces user error as a teaching opportunity, while reducing the extraneous noise that can confuse the user. By reducing the noise, the user-trainees can more effectively focus on the information supporting the decision they are making, which in turn allows for more effective instruction.

Carroll is the author, co-author, or editor of more than 20 books. He was editor-in-chief of the ACM Transactions on Computer Human Interaction (2003-2009) and currently edits the Morgan & Claypool series on Human-Centered Informatics which has published more than 40 books. He received the ACM CHI Lifetime Achievement Award in 2003 and was elected as a Fellow of AAAS, ACM, IEEE, Human Factors and Ergonomics Society, Psychonomics Society, Society for Technical Communication, and Association for Psychological Science. He received an honorary doctorate in Engineering from Universidad Carlos III de Madrid in 2012.

“The ways in which Jack Carroll applied his psychology background to creatively describe user behavior helped make HCI a respected discipline.  Jack’s early paper on the Task-Artefact Cycle was a clever and surprising insight to how users worked on tasks, which led to ever more effective user interfaces.  His devotion to editing has been influential in promoting the HCI community. Jack can crack a smile, but he’s often very work-focused.  His emphasis on theory, plus his lucid writing and effective editing have helped make HCI a success.” – Ben Shneiderman 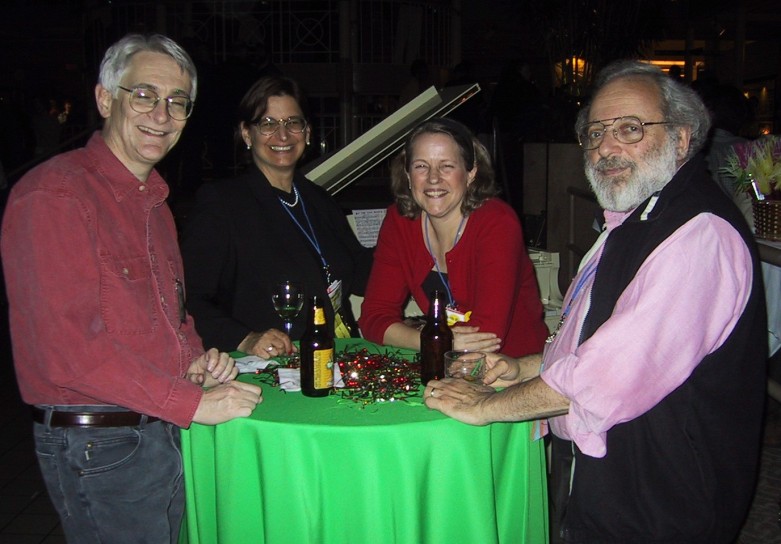 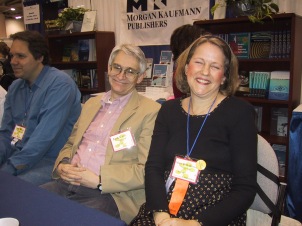 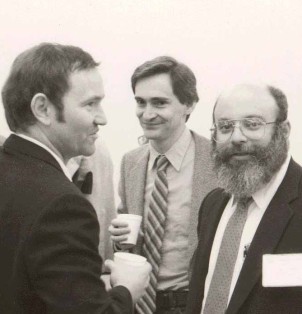 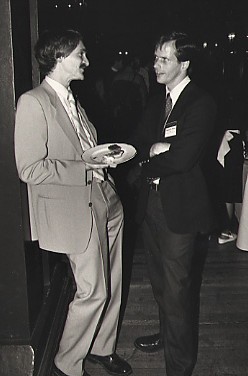 Jack Carroll (on left) with Thomas Malone at the ACM CHI Conference on Human Factors in Computing Systems in Toronto, Canada in 1987.